Written by my great friend and fellow photographer – Nancy Bartel

Please note – James has thousands of photos of his Elders and participants in his work but does not display them publicly. He’s happy to share some in a private setting but not online. 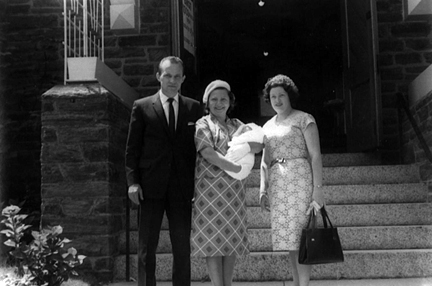 James’ father, grandmother and mother
at his christening, circa 1965

James Endredy was born in Queens, New York City, in 1965, the first son of Jeno and Irma Endredy. His parents were both immigrants from Hungary by way of Australia where they met. Most of his relatives reside in Hungary and Australia. His childhood was spent in New Jersey, Pennsylvania, and Ohio.

When James was 15 his father and hero passed away from brain cancer. This devastating loss sent him on a search for the meanings of life and death and why we are all here. He left school and hitchhiked throughout the country. His 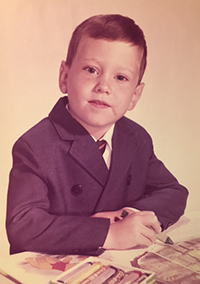 love for skiing, rock climbing, and photography led him to live in the majestic mountains of Colorado, Arizona, and California. Three years later he returned to Pennsylvania to his mother, went back to school, and earned a BA in photography. Even though a passion for James, he left the photography business after a few years, mostly because he didn’t enjoy the highly competitive sales aspect of the industry. In the following years he went back to school and obtained his federal certification as an HVAC technician. For a few years he worked for HVAC companies and then started his own business. 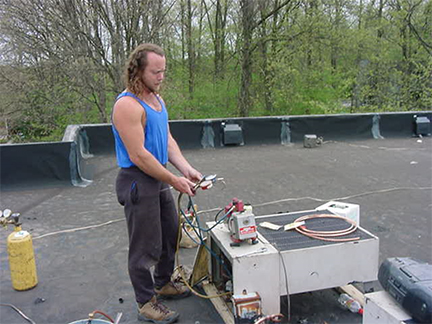 Business was good but James still had a burning and unfulfilled desire to learn more about himself and the mysteries of the numinous. Because his business was mostly seasonal – summer and winter – he began traveling again during his off time. An avid reader of nature-based Workings, spirituality, mysticism, and shamanism, James sought out the knowledge and experience of indigenous Elders and Shamans. From that time until the present, for over 30 years, he has lived and learned from the Seneca, Lenni Lenape, Apurimac Inca, Arapaho, Minnecojou Sioux, Kanaka Maoli, Tuscarora, Tukano, Mazatek, Yurok, Navaho, Hopi, Yucatec Maya, and Huichol/Wirrarika tribes.

During the beginning of his quest for knowledge he one day he came across a book by Victor Sanchez about the Teachings of Carlos Castaneda. Victor was offering training workshops in Mexico and for the next five years he apprenticed with Victor, learning how to teach modern people personal growth tools to enhance their lives. It was in this period he was introduced to the Huichol/Wirrarika tribe who make pilgrimages from their isolated ceremonial centers in the mountains to the desert of Wirikuta to obtain the peyote cactus. James is one of the few non-indigenous people to have ever gone on these pilgrimages. His very first time on the arduous two week pilgrimage, he had a numinous experience and was guided to write his first book. 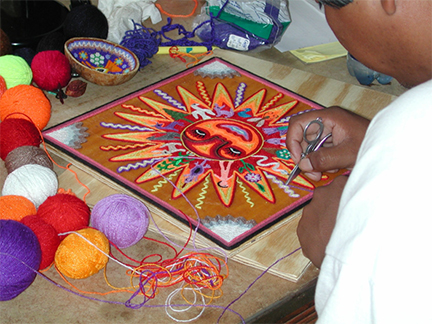 Although the message was clear to write a book, it totally confused him because he had never written a book and the message he received didn’t include what to write about! For the next 2 years he floundered about the content of a book. During a near-death experience while rock climbing he received another strong message – simply write what you know about. That’s great advice for any would be author. And so, his first book was manifested – Earthwalks for Body and Spirit, published in 2002 by Inner Traditions / Bear &Company.

Soon after, out of respect for the Elders and Huichol/Wirrarika shamans that helped him obtain his vision, he created his second book – The Journey of Tunuri and the Blue Deer. This award-winning book is a collaboration between James and two extremely talented Huichol artists. It was published in 2003 by Inner Traditions / Bear Cub Books, and still remains a best-selling children’s book.

After working and learning for many years with kawiteros, lamas, siddhas, roadmen, and leaders in the modern fields of ecopsychology, bioregionalism, and sustainable living, James produced the revolutionary book Ecoshamanism, published by Llewellyn Worldwide in 2005. 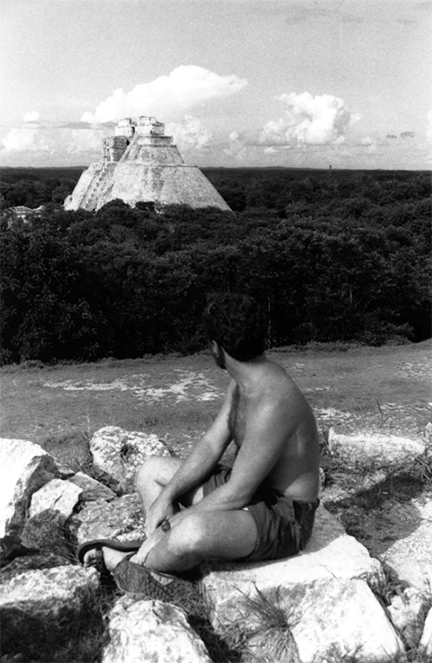 Temple of the Magician, Uxmal, Mexico

Due mostly to Mayan prophecies, among other factors, the year 2012 was being considered not only catastrophic for humanity but maybe also a turning point in human consciousness. James was versed in Mayan cosmology by living with modern Maya and decided to write a book not about an apocalypse but an uplifting treatise that would help the world. Beyond 2012 was published by Llewellyn Worldwide in 2008.

In 2008 James was approached by one of his publishers to add to their series of “beginner” books. They asked if we would write on the topic of shamanism. At first, he was a little confused by this request because of all the material he had written in his 360 page book Ecoshamanism. However, he realized most if not all of the currently published books on the topic were inadequate. He agreed to the book and delved into historical and anthropological texts for research while also including his lifetime of experiences in the shamanic world. Shamanism for Beginners was published in 2009 by Llewellyn Worldwide and is one of James’s best selling books.

Llewellyn Worldwide, the publisher of Shamanism for Beginners, were impressed by the extensive research that went into the book, and the authentic stories he included from shamans throughout the world. However, what they liked the most was the few stories James included of himself and they wanted more. He was invited to write a book exclusively about his stories. Even though storytelling is an art form and does require knowledge and skill, this was the easiest project for him so far because it required no research! Lightning in My Blood was published in 2011 by Llewellyn Worldwide.

The publisher was again impressed by James’s stories of his life experiences and his gift as a storyteller. They asked him to pick one of his best stories and write a whole book about it. It didn’t take long to write to write this one – it just flew out of his mind and into his hand – The Flying Witches of Veracruz was also published in 2011. 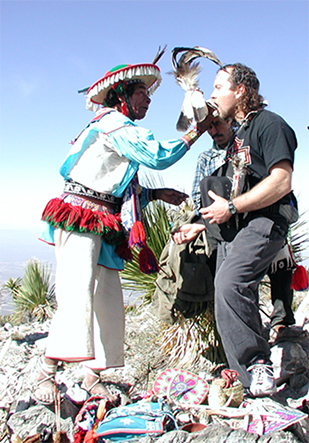 After writing that book James submerged himself in his guiding business and workshops in the sacred area of Sedona, AZ. He also spent a lot of time in Europe and with his shaman mentors in Mexico. He was dismayed by the commercialism and exploitation of the peyote desert where he first received his message to write. This evoked a profound calling to write Teachings of the Peyote Shamans to fulfill his promise to try and protect the sacred site and also convey some of the profound teachings from the Elders in a way “modern” people could apply to their lives. The book was published in 2015 by Inner Traditions / Park Street Press. The foreword is written by internationally acclaimed author Jose Stevens.

During his time in Europe, James studied and practiced under several masters of autogenic training. Upon returning home after one trip, he realized this profound modality of healing was not complete. He created a new modality which included much more, and his friends and students were astounded. In 2016 Inner Traditions / Bear & Company published his book Advanced Autogenic Training and Primal Awareness.

Offering workshops throughout the world and meeting and teaching so many remarkable people the topic of advanced teachings frequently came up. In order to fill that gap James published Advanced Shamanism in 2018 with Inner Traditions / Bear & Company.

The subject of alchemy has always fascinated James. He has studied and practiced this elusive sacred art for decades. However, in a similar way to autogenic training, James found much more use and tangible results for this seemingly arcane practice by combining it with shamanic techniques. The result of many years of practice along with equally many years reading ancient texts, he produced a fascinating resource – the book Shamanic Alchemy – published in 2019 by Inner Traditions / Bear & Company.

James’s 11 books are now published in 11 languages (so far). I guess his initial message from the numinous was right! His writing is also featured in anthology books including authors and celebrities such as Deepak Chopra, Wayne Dyer, Andrew Weil, Prince Charles, Eckart Tolle, Carolyn Myss, Larry Dossey, and many more. By invitation James appears at book stores, conferences, and on radio shows. He’s also been featured on the History Channel. At the moment James has decided to step out of the nonfiction genre and is writing a young adult fiction novel revolving around the amazing topic of synesthesia. 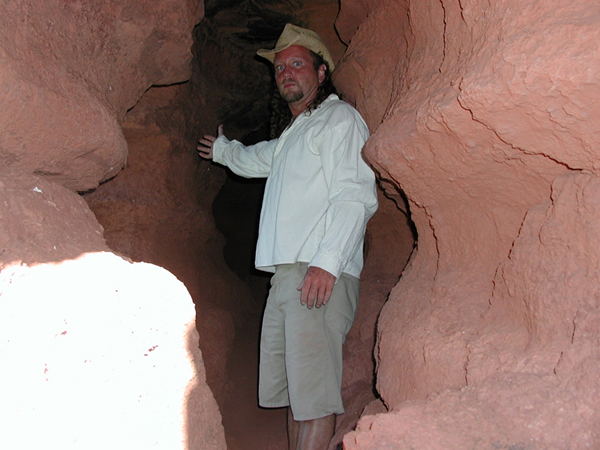 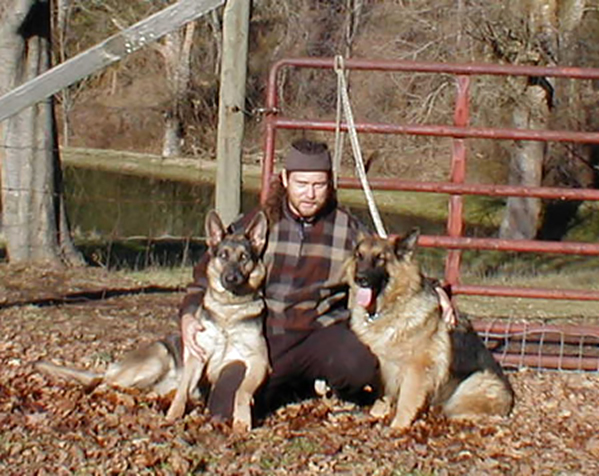 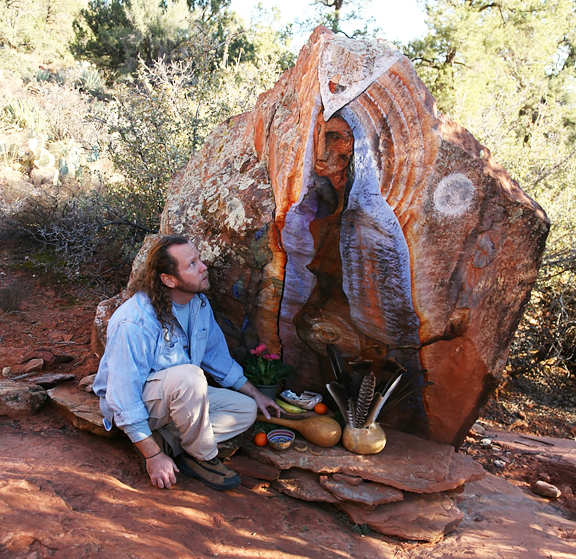 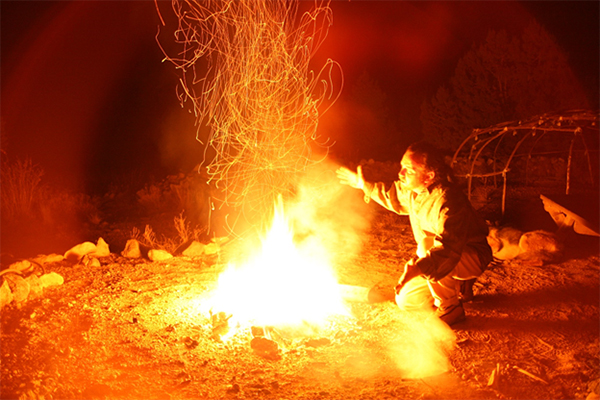